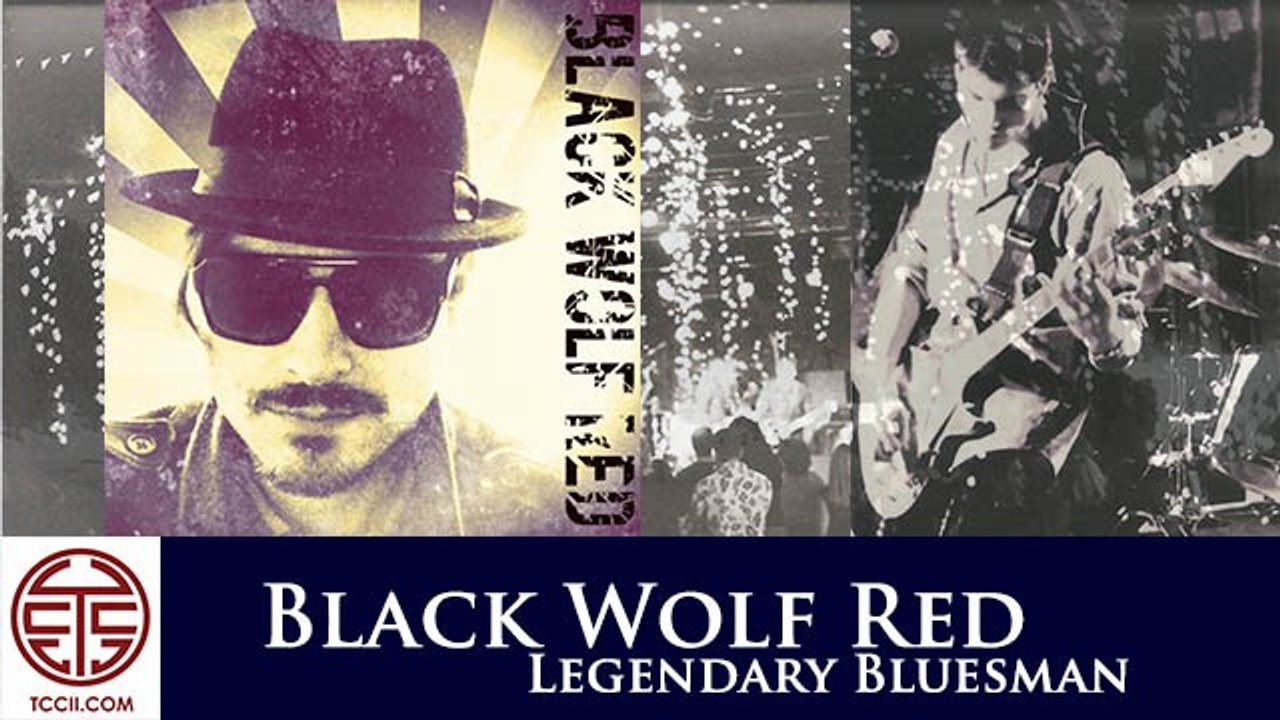 "You'd have to be dead not to love the raw energy and Whiskey inspired riffs."

Black Wolf Red was born a poor urban boy, in the backwoods of Washington DC. The only thing his father ever gave him was a Fender Strat, a dog-eared copy of the Kama Sutra, and a trust fund. After blowing all his cash on buxom groupies and totaling his vintage Aston Martin DB5, he left for the hills of Kentucky to eke a living as a hard-scratch farmer.

It was there, during the legendary Distillery Tour of the Summer of Woe, that Black Wolf Red found enlightenment. Facing the wrong end of sawed off shotgun out in farmer Jones' cornfield, he realized the error of his ways -- don't ever let them see you leaving by the back door. Only by threatening to drop a half full bottle of Bourbon County’s finest spirits on the ground, did he manage to buy enough time to hightail it out of there.

Hitching his way down to Nashville, Black Wolf Red got lucky with an heiress to the Jack Daniel's fortune, Henrietta von Tytebusch. His first long-term relationship, it was a torrid, three week affair. Kentucky Bourbon and Tennessee Whiskey are irreconcilable differences to some. Things came to a breaking point when, while praying to the porcelain god, he got an invitation to headline the Tartarus Tour.

Some say it was just a liquor induced coma, but Black Wolf Red knows those demon succubae can rock.

According to Black Wolf Red's Bio, he's a native of Washington DC but spent some time in Kentucky, Tennessee and other parts of the Netherworld perfecting his craft.

You can find the full album here.