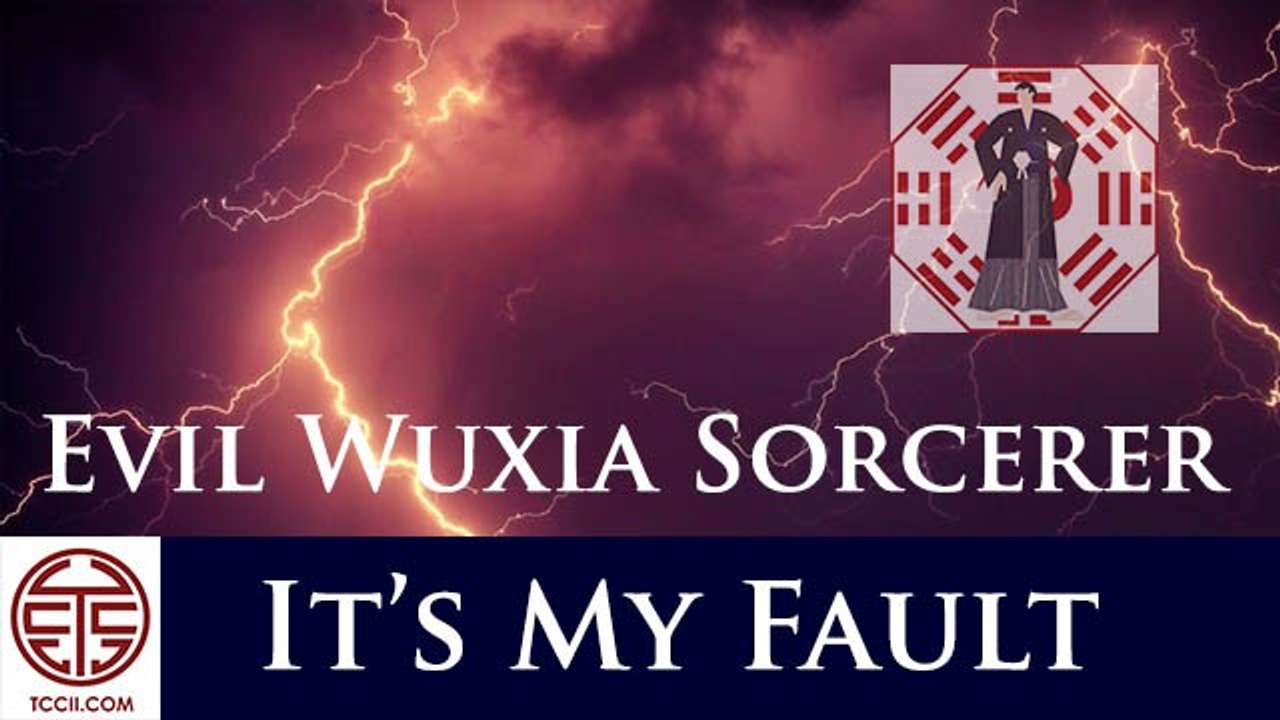 I Totally Screwed Up...

I left a contractor unsupervised in my basement.

It's full of antique furniture and my vast martial arts book and video collection.

He's supposed to have been replacing the main sewer line.

sounds of scrambling and CRASHING...

I was upstairs and knew it was one of 3 things

1) Someone had seriously injured themselves.

2) The contractor and his minion had "words" and then went Medieval with hammers and saws.

So I flew down the stairs.

And crashed open the basement door...

The main sewer line was fine -- they'd finished repairing it.

There was no blood on the floor.

But the dudes were nowhere to be seen.

The sound was coming from the back of the basement.

And you see devastation as if a scene out of a Wuxia movie...

You know, like when the evil sorcerer summons a water dragon to destroy a village.

And the heroes valiantly vanquish them, but the place still gets wrecked.

The contractor is standing on a box with a Texas sized wad of paper towels...

Wiping water off the CEILING of the basement bathroom.

His helper was on the floor using a dustpan to scoop up pools of water and pour them into a bucket.

Water's pouring over the threshold.

They were both soaking wet.

WTF were those gentlemen doing in the bathroom?

The contractor explains that main water feedline to the toilet blew out.

You had city watermain pressure injecting gallons of water per second into the house...

It's a damn good thing the contractor was there when this happened.

It was all my fault.

See I knew that GD toilet needed to be replaced.

Because I'm an engineer (old days) and have a lot of experience in real estate and renovation.

The plastic in the toilet fittings lasts just a few years especially if there's a lot of chlorine in the water.

And when it fails, it's a disaster.

We're talking about tens or hundreds of thousands of dollars of damage.

I was going to change it out it when we moved in last summer, but we went way overbudget.

.. just to save a few hundred bucks.

The contractor broke me out of my self-criticism.

"Okay, I have to go to the hardware store and get you a new compression fitting."

"No. Get me a brand-new toilet. And a brand-new valve for the pipe. I want the whole thing replaced."

"I'll pay you whatever, I just can't take the risk of having everything ruined. Oh, and get a replacement faucet for the sink -- that F'ker looks dodgey too."

I fell into the same trap that catches you... or at least most people.

I knew what I needed to do.

But I blew it off until I WANTED to do it.

And when did I want it?

And you know what?

You put off what you NEED to do.

You sticker shop, trying to save a few percent.

And then do nothing.

But when tragedy strikes...

You'll pay any amount to resolve the crisis...

Because you WANT it.

It's like the person who knows they need to slim down, exercise, and reduce stress.

They know it, but they WANT the ice cream, cookies, social drama adrenaline dump, and bad Netflix shows more.

Until they end up in the hospital.

In which case they'll pay 10s or 100s of thousands of dollars to scrape out a few more days on this planet.

Which is why Shifu Shawn is giving you a personally inspired kick in the ass...

and then there's HEALTH-DEFENSE (HD)

For both SD and HD you want

the Original Style of Tai Chi

or the Lineage Training in Bagua

There's no question about the data.

2) And you're virtually certain to suffer a health crisis...

Learn from my mistakes.

Or repeat them at your peril.

The choice is yours.

You know what to do.

PS - Seriously, stop F'n around with your health and self-defense skills. >>> Start today >>>