The Police Were Too Late 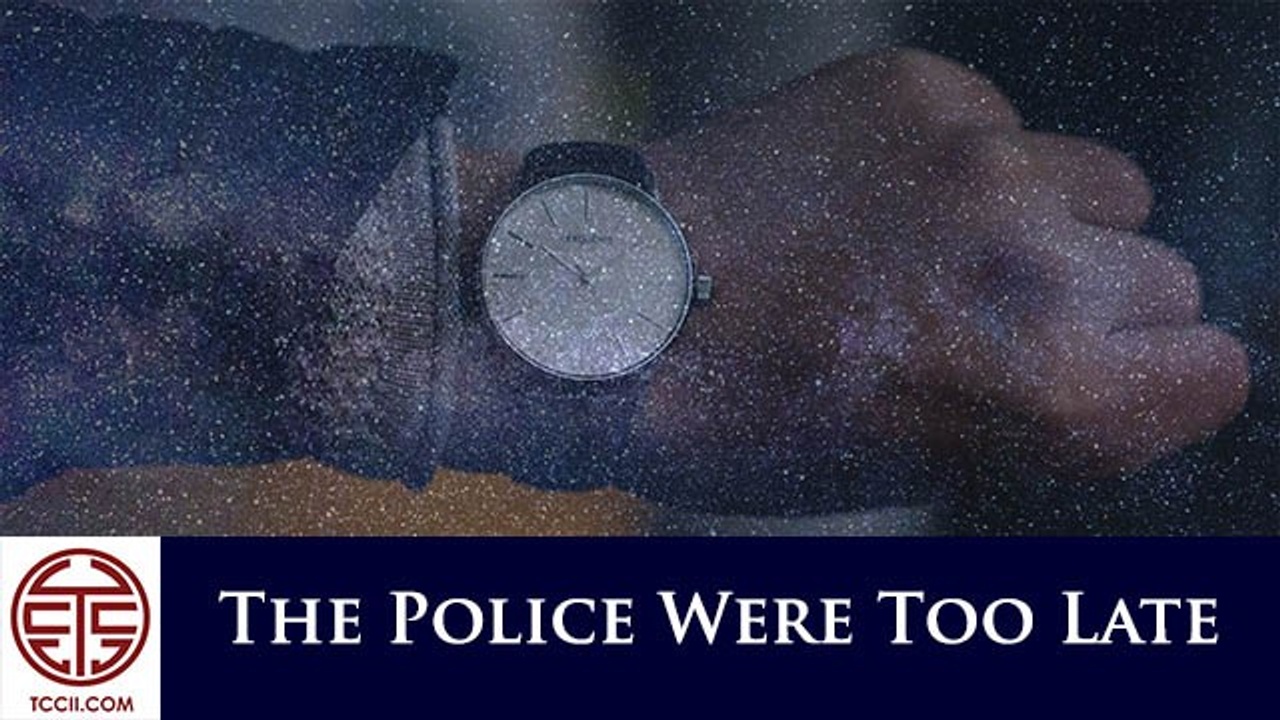 Because it means the bad guy got away.

Last week, my son and I were in a bank when a man robbed it at gunpoint.

More on that later.

But first, let me tell you how it went down.

Longtime readers know that my son and I are close.

And he’s learning internal martial arts from me.

He’s the reason you now have access to the indoor lineage training of Tai Chi Chuan.

(Soon also Baguazhang because he wants to learn that too.)

Anyway, the Entrepreneurial bug bit him.

So, we went to the bank to open his first account.

And some A-hole decides to barge in waving a pistol in the air and announcing, “this is a robbery”.

He shoves it, gansta style, into the poor teller’s face…

…threatens to “paint” her and demand she give him the money “no dye packs, no tracers.”

Now, “paint” is a euphemism you never want to hear.

It can have a couple of meanings, but one is “blow your f’n brains out and splatter the blood on the wall.”

Anyway, my son and I were by the lobby in one of the “offices”. It was about 20 feet as the crow flies from us to the bandit.

There was a glass half wall between us.

We were the only customers in the bank.

At first, it sounded like one of those high homeless guys who randomly wanders into a business in his state of fog.

This event is not uncommon in urban areas, like Washington DC. But it is rare in the ‘burbs.

So, I knew something wasn’t quite right, but it wasn’t until I turned around that I could hear clearly.

That’s when it hit…

Heat fled from the hands and legs as the body reflexively withdrew blood to keep from bleeding to death. Muscles tensed.

The banker sitting across from me froze.

So, I inhaled deeply, exhaled, and sank the Qi.

Decades of training went through my head in an instant.

And I knew exactly what to do.

I looked at my son and said, “Turn around. Sit still.”

The banker blinked, reached under the desk, and pressed the silent alarm. And then he sat still.

The robber left as quickly as he arrived, dropping some of the cash on the way out.

Drake and I saw the direction he fled as we were the only ones looking out the bank’s windows.

The teller was sobbing.

Then, the police arrived.

And we nearly had a cluster-f’k.

Not necessarily because the responding officers did anything wrong.

But because of a serious breakdown in the C3 – command, control, communications.

It was perhaps a systems error that was in some ways more frightening than the actual crime.

But that part of the story can wait for another day.

Let me just say this…

Everyone in the bank (not including the bad guy - obviously) made exactly the right choice at the time.

The bankers did the right thing by quickly complying – one of them told me they had a training session on this.

I am extremely proud of Drake. He remained calm, followed direction, and kept it together until we got home.

No one was injured or killed.

The police were quick, but too late to catch the perp inside the bank – which was just perfect.

A few people reacted negatively when I told them that.

And YOU might be wondering why I say that – I mean, I don’t think people should get away with armed robbery – that’s for damn sure.

…then you haven’t considered how bad things can get if they develop into a hostage situation.

But I don’t blame you.

Information about bank robberies is rarely reported in the news. (As of this writing, no local paper has even mentioned it.)

You see, police prioritize bank robberies. There are good reasons for it and probably some that are not so good. Another topic I may return to in the future.

Anyway, as a martial arts instructor and someone who’s been in number of self-defense situations…

…it’s easy to forget most people don’t have a realistic concept of self-defense.

It’s not their fault…

I mean, it’s not like they teach this stuff in school or anything.

Quite frankly, most people don’t want to deal with it.

And I don’t blame them.

Especially given there’s an 83% chance you will be the victim of a violent crime at some point during your lifetime.

These numbers have probably gone down somewhat since the study.

But the last year has seen an uptick in crime.

Now, by self-defense I’m not just talking about how to punch, kick, elbow, and all that stuff.

Techniques are cool and all, but that’s less than 5% of self-defense.

But you still must prepare for it.

The stone cold reality - one of the worst reactions in a self-defense is for someone to panic.

Like dealing with a health problem, prevention is the best medicine.

Which is why I am a huge proponent of the Internal Kung Fu systems.

If the chance of a violent crisis is 83%.

The chance of a health crisis is virtually 100%.

Fortunately, arts like Tai Chi, Bagua, Xingyi and our family systems of internal Southern Shaolin deal with both.

Which is why Drake thanked me for teaching him the complete art.

Especially the Gong Shou Fa, our method of sparring designed exclusively for realistic self-defense, not sport.

On the way home, Drake said, “I could feel my heart beating so hard. The stress was 1,000 times worse than sparring. But I just concentrated on my breathing, turned around, and sat still.”

Later he told me, “If not for the Qigong and sparring conditioning, I’m not certain I’d have remained calm.”

And while I appreciate his comments, he deserves the credit.

There’s a lot more to unpack in this situation.

In the meantime, I’d like to express my gratitude to everyone…

The universe, my son, the bank staff, the police, my family, friends, and Drake’s school who have been so supportive.

I especially want to thank my teachers and the lineage ancestors who shared these ancient arts.

And I’d like to thank you, our extended TCCII family who stayed with me this far.

This experience wasn’t particularly easy to write about, but I knew I must.

Wishing that you stay safe, stay healthy, and take time to appreciate your family, friends, and good fortune.

We never know which day will be our last.