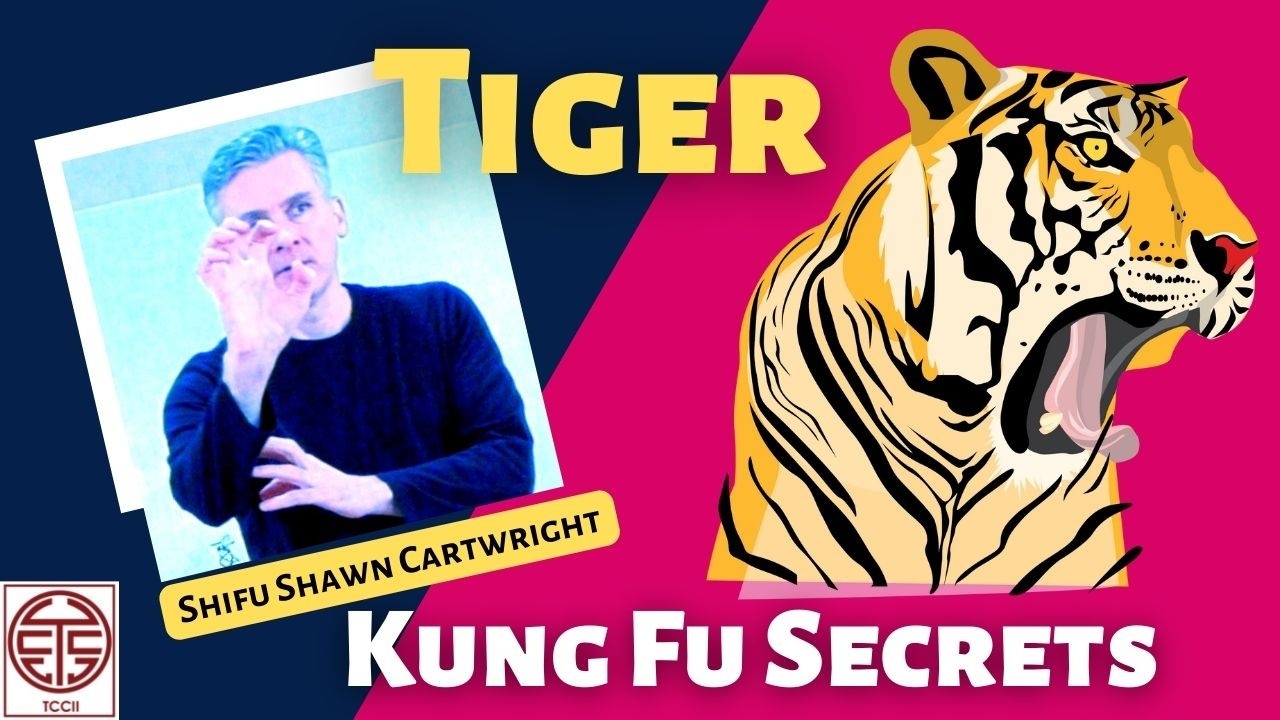 Tiger Kung Fu style is a devastating martial art developed in ancient China emphasizing power and ferocity in its strikes. The crushingly effective tiger moves are based on the methods of the tiger animal.

Tiger style kung fu techniques are found in many traditional styles of Chinese Kung Fu, such as Shaolin, Xingyiquan, Baguazhang, Bajiquan, and even in Chinese Qigong sets like the 5 Animal Frolics.

The tiger is one of the most famous animals in the Southern Shaolin Kung Fu style. It's part of the famous Shaolin 5 Animals: Tiger, Crane, Snake, Leopard, and Dragon.*

The Deadly Tiger Claw is one of the most feared techniques of Tiger Kung Fu. Just like the real tiger animal, the Tiger Kung Fu practitioner uses the tiger claw to hit and tear.

Legend states that Tiger Kung Fu was created by monks in Shaolin Temple, China. The temple has been around for over 1,500 years and is known to be one of the oldest temples in China.

This Kung Fu training program is based off of the traditional monk's teachings and practices from this historic site. It has been practiced for centuries and it's time to take your skills to the next level!

Tiger kung fu style is one of the many different types of Shaolin Kung Fu that's taught in this course. (It includes all of the 5 Shaolin Animals Kung Fu as well as the rare and powerful Wudang Sword.)

This video training course teaches you how to be one with the Tiger, which will make you more confident and powerful.

Tiger Kung Fu has more than the Tiger Claw. Just like real tigers come in many varieties - white tigers, Siberian tigers, mountain tigers, and so forth - traditional Tiger Kung Fu has many techniques such as the brutal Black Tiger Kicking, Tiger Taming, Tiger Pouncing, Tiger Whipping it Tail, Tiger's Mouth, and many, many more.

You'll learn how to use all four limbs, fists, palms, elbows and knees in order to deliver devastating blows that can knock out any opponent. This ancient art is an excellent way for build strength, stamina, and endurance without having to worry about boredom or useless moves.

The Shaolin Tiger Kung Fu Style is a style that combines the power and speed of Tiger Kung Fu with the agility, flexibility and reflexes of a cat. The result is an art form that can be learned by virtually anyone, regardless of age or gender.

* These are the traditional 5 Animals of Shaolin Kung Fu. A lot of people ask me where are the Monkey, Mantis, and Bear animals? They've seen the Kung Fu Panda movie (which is fantastic, BTW) which featured the 5 Masters: Tigress, Viper, Mantis, Monkey, and Crane (as well as a Panda Bear). Monkey, Mantis, and Bear are actual Shaolin animals, but they're not considered one of the main 5 Animals Kung Fu of Shaolin.