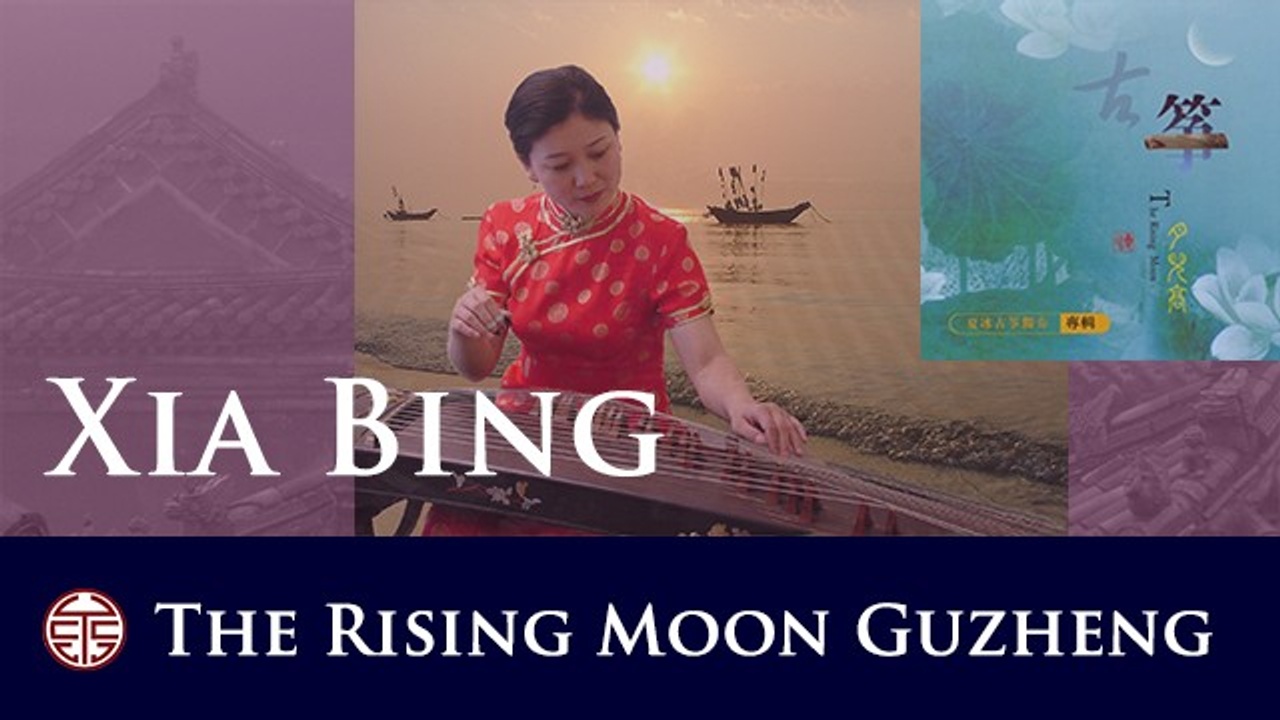 Delight your senses and soothe your spirit with the sublime sounds of the ancient Guzheng, a classical Chinese instrument with beautiful vibrations that bring the distant mountains and rivers to life.

Experience the sublime sounds of ancient mountains, rivers, and seas brought to life for you on the classical Chinese Gu Zheng, played a world renowned virtuoso.

You’ll enjoy classical music inspired by nature and experience its calming effects from its profound and beautiful vibrations. The beautiful songs of the mountains and oceans in distant lands are brought to life for you - all with strings of this very ancient Chinese instrument.

With ‘The Rising Moon: Xia Bing Gu Zheng Solo Album 月兒高: 夏冰古箏獨奏專輯' you’ll step back into history, and experience the rare opportunity to hear the music of a world renowned Gu Zheng virtuoso, Ms. Bing Xia 夏冰. You'll hear the sounds of breezes in swaying pine trees, streams rushing down the mountain and fishermen singing on the seas.

Gu Zheng is a Chinese string-instrument with at least 2500 years of history, and its 21 strings and over 5 feet long body have inspired countless songs and melodies. It is without any doubt the most prominent and popular instrument in both classic and folk music in China. Ms. Bing Xia, a prominent Gu Zheng virtuoso and educator, has played numerous solo and concert performances, include solo performances at the Kennedy Center.

Ms. Bing Xia, Artistic Director of the Washington Guzheng Society, is a well-known Guzheng soloist and teacher in China and the Washington DC area. Started Guzheng lessons at the age of 8, Ms. Xia was majored in Guzheng performance at Nanjing Normal University, and learned from virtuoso, professor Yan, Ai-Hua. After graduating from Nanjing Normal University, she pursued advanced studies in Guzheng performance at the Shanghai Conservatory of Music with Professor He Baoquan. Her professional career began as a Guzheng soloist in the Xuzhou city Song and Dance Ensemble in Juangsu Province, China. Since then, Ms. Xia and her students have won a number of awards in national Guzheng competitions. In 1996, she was honored nationally as a prominent Guzheng teacher.

After moving to the United States, Ms. Bing Xia was a featured performer in the "Music in the Age of Confucius" program presented by the Smithsonian Freer Gallery of Art and Arthur M. Sackler Gallery in the summer of 2000, and in the "Asian Song Festival" at the Kennedy Center in the May of 2003. Ms. Xia has also performed as a soloist for many concerts and special events throughout the Washington DC metropolitan area, Richmond in Virginia, Pittsburg in Pennsylvania including the first Chinese cultural festival and the Washington Millennium Celebration in 2000, the DC City Council, the Department of Energy, the IMF, the FCC, the FDA, the Smithsonian Institution, the University of Maryland, the Strathmore Music Center, the Export-Import Bank of the United States, the Secret Service, the George Mason University, the Black Rock Performing Arts Center. In January of 2009, she performed at Smithsonian Institution supported by Presidential Inaugural Committee. She was also a featured performer in a concert held by the Embassy of the People's Republic of China for vice premier Qian Qichen and Secretary of State Colin Powell. She gave a lecture at University of Maryland and UMUC. Her performances have been highly praised by Washington Post critics, "The overwhelming artistry of guzheng soloist Bing Xia will long resound in this reviewer's memory." Her performances have been broadcast by both NPR and Voice of America nationwide.

Experience the Guzheng with the Rising Moon by Xia Bing