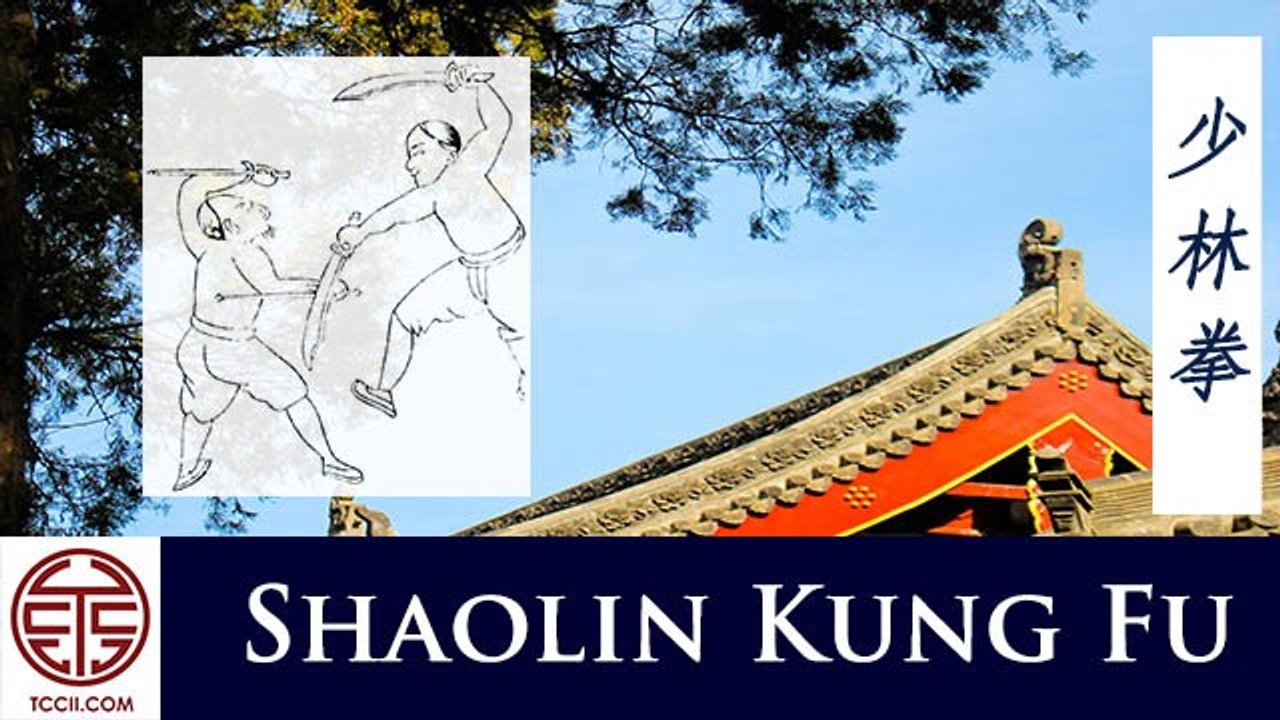 Shaolin Kung Fu (少林拳, Shàolínquán) includes several systems of Chinese Martial Arts (Wushu) which claim their origins at the Shaolin Monastery in Song Shan China or the Southern Shaolin Monastery (南少林寺 Nán Shào Lín Sì). According to the Shaolin origin legend, Bodhidharma, a Buddhist monk, created the foundation of the art in order to assist the Shaolin Monks in their meditation.

It is likely that the Shaolin monastery already practiced martial arts and combined them with the Buddhist Meditation techniques. They eventually absorbed many more local martial arts, later practicing and teaching them.

Other tales associate the spread of Southern Shaolin Kung Fu with the burning of the Southern Shaolin monastery by Qing forces. This view is held by the Heaven and Earth Societies (Tiandihui also called Hong Men) who were responsible for preserving many authentic Chinese Boxing styles to the present day.

In the early 20th century, the Nanjing Guoshu Institute classified Taijiquan, Xingyiquan, and Baguazhang as “Wudang Kung Fu”. All other arts were classified as “Shaolin Kung Fu“. This created a huge category including such disparate arts as Northern Hong Quan, Tongbeiquan, Piguazhang, Bajiquan, Tonglongquan, and the Southern arts like Wing Chung Kuen, Fujian Baihequan, Wa Lu, and many others.

Obviously this is an academic classification and has little to do with the actual origin of the various arts. For Example, some styles considered "Shaolin Kung Fu" such as Baihequan or Tongbeiquan had a strong Taoist influence, which is characteristic of the so called "Wudang Kung Fu Arts"

Although its origins are legendary, traditional Southern Shaolin contains many systems inspired by the fighting methods of animals. These include the famous Five Animal Kung Fu: Tiger, Leopard, Snake, Dragon, and Crane.

There are a number of additional animals in the system such as Mantis, Monkey, Panda (Just joking, but there is a "Bear"), Phoenix, Hawk, Dog, Qilin (Unicorn), Butterfly, Elephant, and Ghost (I know, it's weird that Ghost is considered an animal, but that's a complex and esoteric discussion.) had enough animals yet? No? Okay how about Rat, Spider, Crab, Dove, Tai Bird (more mystical beasts!), Turtle, and Mo or Demon (Yikes!)

You don't have to be a Buddhist to learn authentic Shaolin Kung Fu, so it is important to learn meditation and Qigong energy work.