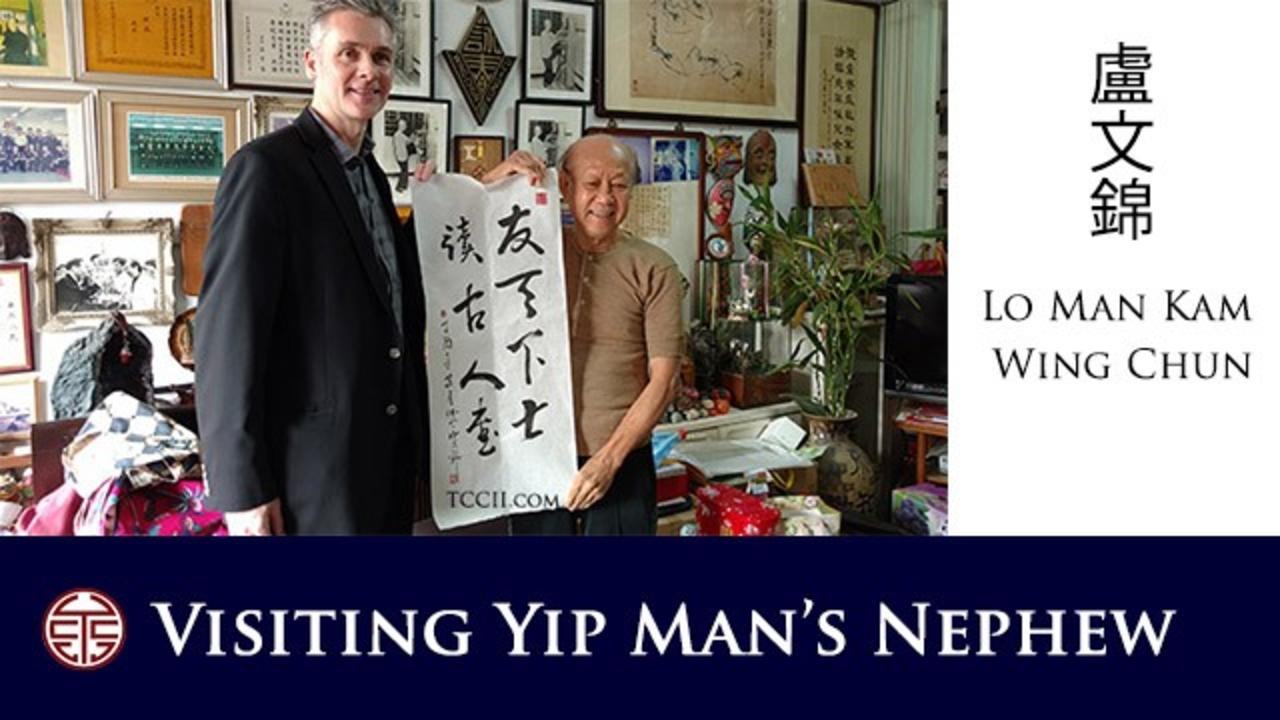 “The corners are sharp, the curves are round, and the lines have power.” said my Chinese friend when she saw the Chinese characters for “Wu De” written by a master calligrapher. Wu De means martial virtue, which is fitting since this artist also happens to be an expert Cantonese chef, Chinese opera percussionist, and Wing Chun Grandmaster. Lo Man Kam studied this famous Chinese Boxing art with the legendary Yip Man. He was not only Yip Man’s nephew, but his indoor student. He still teaches four hours a day at his rooftop studio in Taipei.

The Taiwanese are known for their warmth and Lo Sifu is no exception. He and his wife welcomed us at his home on New Year’s Day and gifted us with his wonderful calligraphy. Our Friend, Jeffrey Wang, arranged the introduction and was kind enough to personally guide us to Grandmaster Lo’s home.

There’s a Chinese saying, “The Waves behind push the waves forward on the Yangtze River. When you drink that water, you always wonder the source.” His home sits on a small alley off one of the main streets in Taipei. You have to know where you’re going because there’s no sign on the door. Lo Sifu has taught at the same location for decades. It’s the same place my grand teacher, Mr. Christopher Casey, learned his Wing Chun.

Lo’s home is also a living museum chronicling decades of achievement in the art of Wing Chun. Born in 1933, Grandmaster Lo began martial training in his youth. Plaques, trophies, and certificates line the walls. Even though Lo is famous – he’s appeared on TV, taught heads of state, consulted on the famous Yip Man movies, and had thousands of students – he’s down to earth and approachable. He shared stories about Yip Man, Bruce Lee, and of course, Mr. Casey. 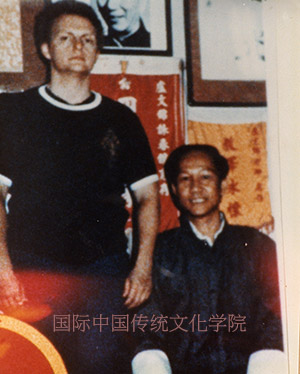 Christopher Casey (Kai Sai) was the first Western student to hold a full teaching license in Wing Chun from Lo Sifu. He taught Steve Alsup who taught me and later encouraged me to seek out Grandmaster Lo. When asked the secret to his training, Mr. Casey replied, “I left great big elephant tracks in the snow. All you have to do is follow them.” These track led directly to Grandmaster Lo Man Kam.

Of course, a Wing Chun Grandmaster didn’t spend the whole day talking about Kung Fu. A man of action, Lo Sifu shared his art with us. He taught the famous Wing Chun Tan Tien Ma as well gave pointers on Mu Ren Zhuang (Mook) training and Chi Sao (Sticky Hands). His many years of teaching have gifted him with incredibly diverse methods of expressing his art. He not only shows you what to do and gives hands on corrections; he will grab everyday objects and use them as props to illustrate his points. Lo Sifu’s power was impressive. While many martial artists and athletes steadily lose vigor as they age, Lo Sifu has incredible projection. Whether demonstrating in the air, striking the Mook, or doing two person drills, he gave an impressive show of his precision, power, and skill – like his calligraphy.

As we were leaving for the day, a group of Italian Kung Fu practitioners unexpectedly arrived to pay their respects. After a short discussion, Grandmaster Lo generously offered to arrange an impromptu seminar for them the next day.